When Is It Best To Get Surgery For Scoliosis?

10 Jul When Is It Best To Get Surgery For Scoliosis?

Scoliosis, or adult idiopathic scoliosis as its full name, is a condition that develops between 10 – 18. Scoliosis, or a curvature of the spine, can either develop between the ages of 10-18 or be found in infants (known as congenital scoliosis). It is defined as a “decompensation of the normal vertebral alignment during rapid skeletal growth in otherwise healthy children”. In English, this means the bones of the spine aren’t quite aligned and the spine takes a curved pathway rather than its normal straight structure. But what treatments are available for scoliosis and when should surgery be considered?

How do doctors diagnose scoliosis?

Doctors will usually take a thorough history of symptoms your child has been experiencing before examining the spine and then getting some imaging (such as an X-ray) to confirm the diagnosis. When they ask you or your child questions they are looked to tease out crucial pieces of information that indicate scoliosis. These can include:

By examining the back scoliosis can be identified by:

A family practitioner will usually refer you on to a spinal specialist at this point who will typically order X – rays that should show the extent of the spinal curvature. 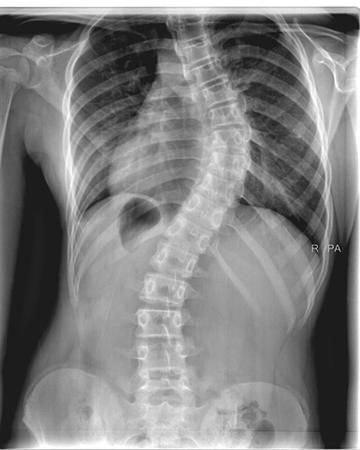 What treatments are available?

There are a number of different treatments available including:

When should you get scoliosis surgery?

The psychological impact of surgery is often huge for both the child and family. It can be a scary thought heading into the operating room not knowing what might happen. As such it is not surprising so many families try to put surgery off for as long as possible. But now mounting evidence suggests putting surgery off can actually result in significantly worse outcomes.

A study published in The Spine Journal suggests that compared to adolescents having surgery “young adults who underwent idiopathic scoliosis surgery tend to have more levels fused, relatively higher perioperative complication rate and relatively longer hospital stay.” The authors go on to say “They also have lower percentage correction of their main coronal curve and relatively higher rate of additional surgery”. This news suggests, as many spinal surgeons have said for years, that getting surgery as early as possible is often the best bet. If you or somebody you know is suffering from scoliosis, get in contact with a specialist centre now.